Mama, Am I Going to Die Young Because I’m Black in America? 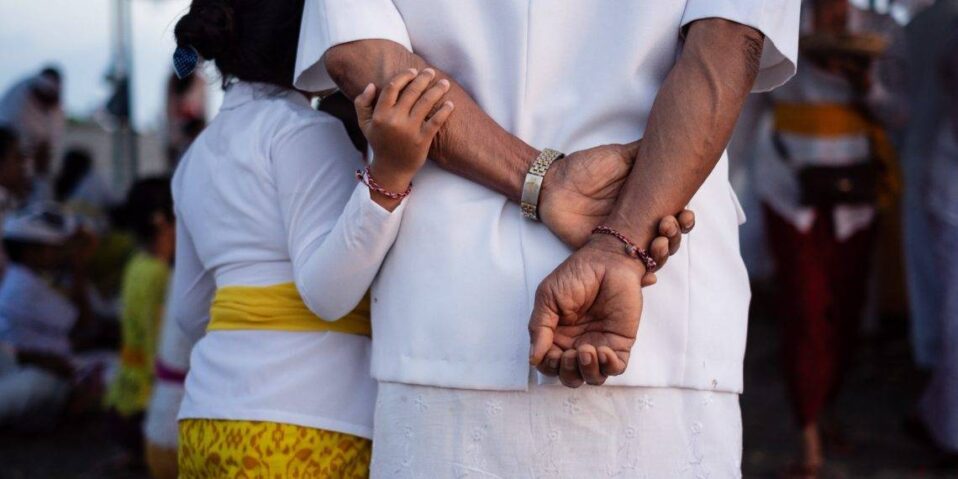 Originally published by Erasma Beras-Monticicolo on the BK Reader on July 1, 2020.

“Am I going to die young because I’m Black in America?”

That was the question my 7-year-old son asked during our recent family meeting initiated by the Black Lives Matter protests happening across the nation. My husband and I had decided it was time to have this family discussion with our sons, who are multiracial and ages 7 and 11, as the looming summer quickly became one of heightening racial turmoil.

While so many families reach milestones marked by talks that coincide with their child’s development, the benchmark for Black and multiracial families is too often a grim one. That benchmark is The Talk and it is based on an urgent need to prepare them for the reality of America’s tortured history of racial injustice and violence and, specifically, with how to deal with encounters with law enforcement.

But nothing could prepare me for the way my youngest one responded. As his big hazel eyes filled with tears, something inside me shattered. Hearing the question was excruciating, and in that moment I struggled between collapsing in grief or trying to focus his attention towards a brighter future.

The fact is, there is no easy way to answer my son’s question. Far too many black people in America carry that question, that fear, within them, both for themselves and for their children. I am no exception. History provides too many heartbreaking examples of thousands of black lives taken ruthlessly before their time. And, with each new death, a new generation of children learns to fear for their future and for their lives.

The Talk is shaped from a legacy of fear and trauma. As a people, we remember how easily even children can be killed by police on the street or easily executed by the state. We all know about 12-year-old Tamir Rice, killed by police while holding a toy gun. We remember George Stinney’s fate–he was executed in 1944 at age 15 for a crime he didn’t commit. We read about recent incidents like the one in Georgia where police officers held 5 children at gunpoint for cutting through a neighborhood, as bystanders pleaded with the officers that these were only kids. We ache along with the father in Trumbull, CT, who recorded as his son, playing hoops in the driveway, hid behind the family SUV when he saw a police car driving down the block.

It’s not just my youngest son who’s struggling to understand. During a recent evening walk near our summer home, my oldest son reflected on the date for Dr. King’s “I Have A Dream” speech, questioning all that he had learned in school about how we, as a nation, had overcome prejudice. His anger was palpable when he asked, “You mean 50 years later, Black people are still being killed for just being Black?”

I tried to soothe his outrage by describing all of the progress we have made while also explaining that yes, there’s more work to be done. As we continued to walk in our predominantly white community, I noticed he was hypervigilant, intensely examining the cars driving by. When I asked what he was looking for, he replied, “I want to make sure you’re not being targeted.” At only 11, my son worries that his mother’s skin color could have her taken from him without warning.

And what he also knows, and what my youngest son’s question signaled, was that they realize that their skin tone might get them taken from me without warning, too.

The night of our talk, my youngest son wanted to sleep next to me in bed. I knew he needed to be near me, to feel he was protecting me, and to feel protected in turn. That night, watching him sleep, I sobbed at the thought that the innocence of his childhood was coming to an abrupt end. But then, maybe I had not told him enough to keep him safe. Maybe there really is no way to keep any of us safe if we came across the wrong policeman at the wrong time.

As a Brownsville native, I am acutely aware that in so many ways I have beat the odds. My hometown and the socioeconomic plight that envelopes it could very well have defined me and left me to fade into a cycle of poverty and adversity. My score of 10 on the Adverse Childhood Experience (ACE) Test I took 5 years ago means I could easily have been drug addicted or dead at an early age.

Instead, today I am the Executive Director of a nonprofit and I have reached what many would consider the “American Dream.” I graduated with a Master’s degree from NYU Robert F. Wagner School of Public Policy and I met and married a man I love. Together, we have created a full and rich life. My husband and I are able to divide our time between the city and Long Island and our combined efforts and achievements mean that we are able to provide well for our sons and for their future. If I were white, that could have assured a lifetime of safety and security for each of us.

Instead, I have to keep my sons safe by shattering their childhood innocence. I may be able to shield my children from much that I endured,  but I can’t shield them from the reality of being Black or multiracial in America. As my husband and I watched our sleeping sons that night, we wondered: Is a violent death a fate that awaits them too? Have we done enough to protect them? My husband, realizing that his own whiteness and the different privileges that we have gained can’t shield us, began to weep too.

The people who know me personally and professionally know me as a problem solver. If you put a problem in front of me, I will find a solution. But when it comes to creating a safer country for myself and my children, for all Black, Brown, multiracial families, I am at a point of surrender. I must surrender to the fact that this is not a problem I can solve alone.

So, what do we do? The truth is that I do not know.

I only know that changing oppressive practices is not enough for our communities, I know that we must also focus on healing. And all I know is that this level of healing cannot be achieved individually or even as a community. This requires the will and effort of every American of conscience to link arms with us and create that healing together. And we must start now, so that 50 years from today another child, one who has already received or is about to receive The Talk, is not standing in front of Dr. King’s exhibit and asking “you mean 100 years later and Black people are still being killed for being Black?”.